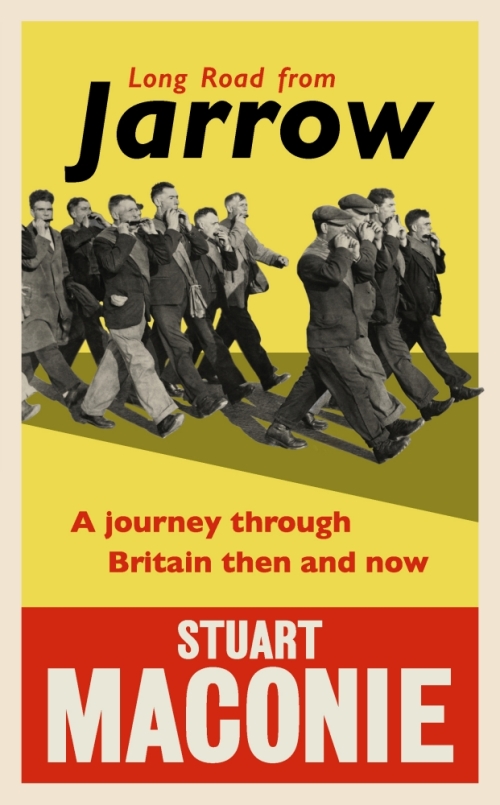 ‘Three and half weeks. Three hundred miles. I saw roaring arterial highway and silent lanes, candlelit cathedrals and angry men in bad pubs. The Britain of 1936 was a land of beef paste sandwiches and drill halls. Now we are nation of vaping and nail salons, pulled pork and salted caramel.’

In the autumn of 1936, some 200 men from the Tyneside town of Jarrow marched 300 miles to London in protest against the destruction of their towns and industries. Precisely 80 years on, Stuart Maconie, walks from north to south retracing the route of the emblematic Jarrow Crusade.

Travelling down the country’s spine, Maconie moves through a land that is, in some ways, very much the same as the England of the 30s with its political turbulence, austerity, north/south divide, food banks and of course, football mania. Yet in other ways, it is completely unrecognisable.

Maconie visits the great cities as well as the sleepy hamlets, quiet lanes and roaring motorways. He meets those with stories to tell and whose voices build a funny, complex and entertaining tale of Britain, then and now. 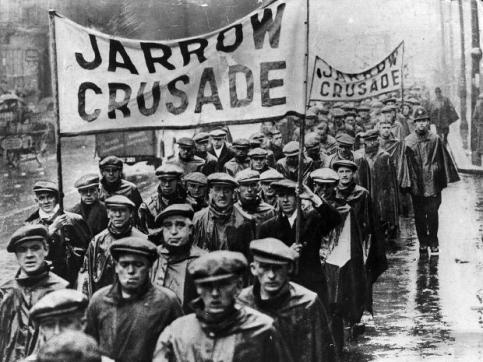 2016 wasn’t only the year that Bowie died, or the year that brought us Brexit and Trump (so a bad year all round), it was also the year that marked the 80th anniversary of the Jarrow March.

In 1936, struggling to feed their families after the destruction of the shipbuilding industry, the men of Jarrow were desperate, and no one seemed to be listening. So they set off on a march to London, to deliver a petition to parliament. The march was led by one of the first women in Parliament – Ellen Wilkinson, a passionate feminist and socialist.

There are plenty of myths and legends about the march – many unfounded – but what drove those marchers was their desperation, their frustration that they were forgotten, that no one cared. Sadly, many people today feel like that. And what’s really interesting about this book is the insight it gives into the lives of ordinary people today, and the ordinary (and not so ordinary) history and society that often goes unnoticed and overlooked.

This is, in a way, Maconie’s own tribute to the marchers. He retraces the march, following the same route, covering the same miles on the same days. And as he walks he talks to the local, ordinary people, about politics, about Brexit, about the places they live and about life. He also visits some of the more interesting and quirky places in England and the book includes some unusual and really interesting snippets from history.

There is also a lot of background about the march itself, the politics in which it was born, and the terrible conditions the people of Jarrow experienced. Maconie draws parallels between now and then and it’s quite scary how we seem to be locked in a circle where these terrible things are happening again – and there seems to be no will to change them.

I disagreed with a few things and with some of the conclusions that Maconie draws from his experiences – the reasons behind the Brexit vote and a certain political leader (although his view may have changed since the book was written), but that didn’t detract at all from my enjoyment of the book. It’s really well-written, with a friendly, chatty voice – I felt at times that I was walking along beside the writer. There’s so much here – so much history, so much detail about the country, so many strange little tales and strange people. And it’s more than that. I hate it when people say they’re not interested in politics, or that politics doesn’t affect them. Or when people accuse others of ‘politicising’ something. Life is political. Your housing, your wages, your pension, your education, the food you eat, your job. Your life. It’s all political. People are at the heart of politics, and what this book does is give a reminder of that. It’s a tribute to the marchers, a tribute to Wilkinson, something of a tribute to England. It’s history, politics, geography and sociology all rolled into one. And it’s very entertaining too.

Thanks to NetGalley and to the publisher for the review copy.