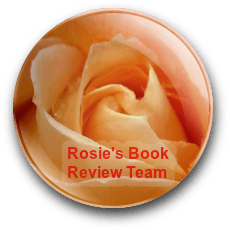 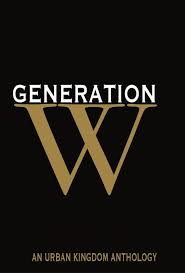 Generation W is a collection of 100 uncensored interviews with 100 unapologetic and leading British women from all generation who answer the same ten questions about what it was like to live through the 100 years since women began to receive the vote.
Including:
Dr Averil Mansfield – The first British female professor of surgery.
Sally Gunnell – The only female athlete to win Gold at Olympic, World, European and Commonwealth level.
Laura London – At 16 years old Laura was homeless, at 18 years old she was the youngest female magician to be inducted into the Magic Circle.
Alice Powell – on the centenary of women receiving the vote, Alice Powell became the first female racing driver to win a race in Saudi Arabia, in the same year it was finally made legal for women to drive in the country.
Stacey Copeland – growing up, boxing was illegal for women to compete in, in 2018 Stacey Copeland would become the first British woman to win a Commonwealth Title.
ALSO INCLUDING:
The great-granddaughter of legendary suffragette Emmeline Pankurst, HELEN PANKHURST
The first Black leader of a British political party MANDU REID
Former Vogue cover model, leading actress and environmentalist LILY COLE
Beyonce ‘Freedom’ and ‘Runnin’ songwriter CARLA-MARIE WILLIAMS
The first mainstream celebrated female of rock music SUZI QUATRO
Ten times European Gold Medallist Speed Skater ELISE CHRISTIE
BBC Radio 1 DJ JAMZ SUPERNOVAM
PR legend and activist LYNNE FRANKS OBE
Elusive grafitti artist BAMBI
Former Chair of British Library and principal at Newnham College, Cambridge University DAME CAROL BLACK
And many more.
Reading within you will find inspiring stories and truths on how remarkable women have overcome their toughest moments and be able to discover what makes them truly happy, beyond the accolades and legacy. Generation W is one of the most intimate and inspiring books of the 21st century. Now that is on Ebook you can read it anywhere and any time. Perfect for when you need a reminder what you can achieve when you fight for what you want in life.

There’s so much inspiration to be found in this book, that asks one hundred women the same questions, resulting in some very different answers.

The interviewees come from so many diverse walks of life and all have their own very individual stories to tell. Each woman featured has their own take on what it is like to be a woman in the modern world, what has inspired them, what advice they would give to other women, and how they feel women are portrayed.

It’s lovely to have the voices of so many different women showcased and the interviews provide a varied and inspiring look at just what women are capable of and can achieve.

I do feel that things became a little repetitive and formulaic with the same questions being asked, but I can really appreciate why the authors chose to do this. I think that, because of this structure, this is really a book to dip into, to read two or three interviews and then to dip into again on another day.

I liked that the women were given the freedom to use their own voices and that their replies were included exactly as they were given. That said, the introductions to the interviews and the other sections of the book could have done with a bit of tidying up – the book would really benefit from an edit and proofread, which is a shame, because it does detract somewhat from the interviews.

That said, this is a very thought-provoking book that’s most definitely worth a read.