So we’ve had a little bit of rain here in West Wales, to say the least. During Storm Dennis, we woke on the Sunday morning to the sound of the river rushing past the bottom of our garden: 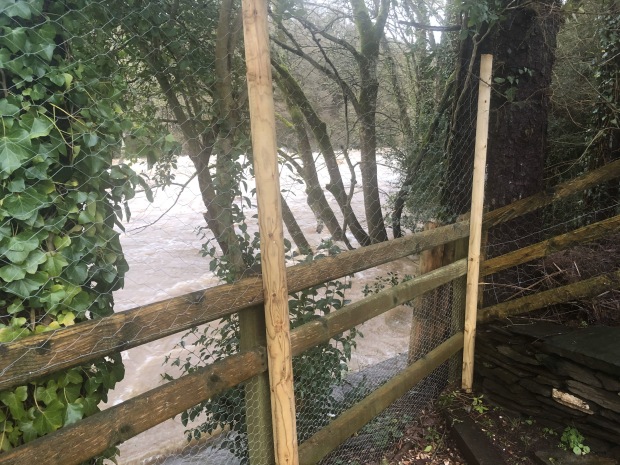 Our house is in the lovely little village of Cenarth, and our garden backs onto the River Teifi, just at the famous Cenarth Falls that we’re lucky enough to see from our garden. The river can get quite wild, but this was the first time we’d seen it flooding. Thankfully, our house is quite high above the river, with the garden sloping down to the banks, so while the water was literally lapping at the garden fence, the house was completely safe.

This is from the other side of the river – you can see our house through the trees:

This is the memorial garden dedicated to local poet Eluned Philips – the only woman to have won the Crown at two National Eisteddfods:

A couple of days later the water subsided enough for the car park to be revealed again, except great big chunks of it were missing! The force of the water had literally torn up parts of the surface and carried them away. Utterly terrifying to imagine how powerful and dangerous it was. 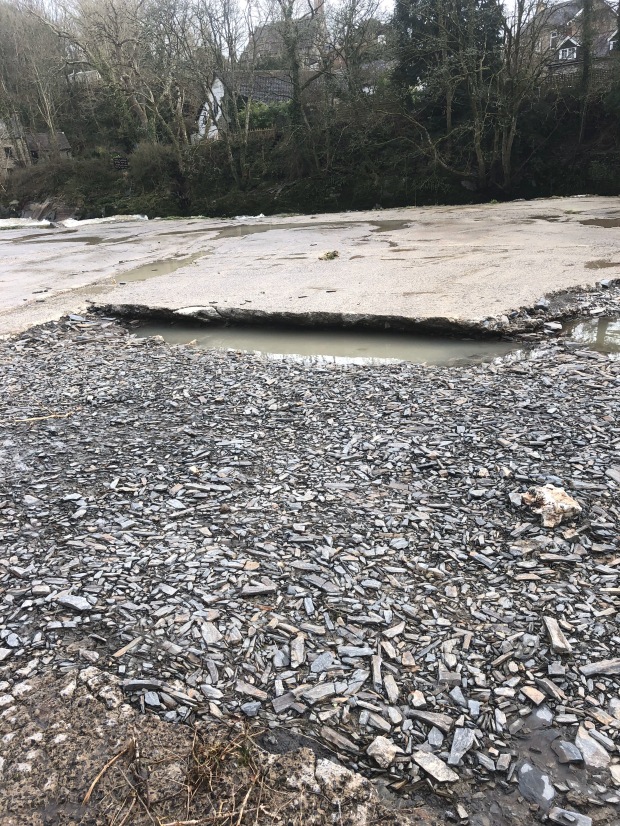 You can see the tourist information sign just through the bridge – this is how it looked a couple of days before: 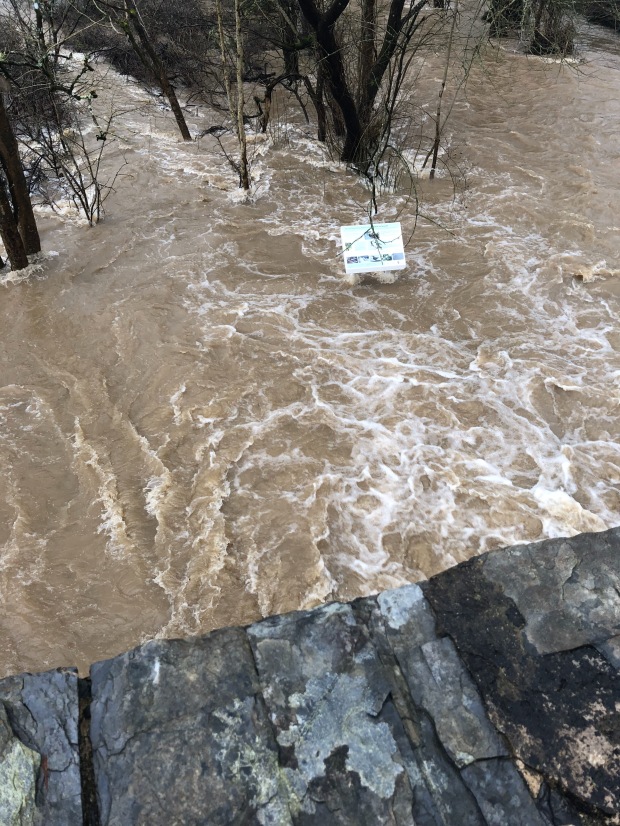 Since we’ve been living here, we have often watched aghast as visitors clamber over the slippery rocks of the falls in flipflops! We’ve even had people jump into the water at the bottom of our garden. And on the Saturday of Storm Dennis, we watched as a couple parked their car on the last sliver of car park, opened the boot, pulled out two folding chairs and settled down to watch the river raging past a foot away from them! If they’d realised the water was tearing up huge pieces of concrete feet away from them, they might have reconsidered their choice of viewing point.

I really don’t think that we appreciate the power and danger of nature in this country – but as the weather becomes more severe more often, we really need to start.

Charlie is not impressed by the Welsh weather!