A very quick tip here for writers struggling with dialogue.

One of the issues that I find in a lot of the manuscripts I edit is that the dialogue can seem forced and contrived. Realistic, believable and authentic dialogue is a must for a good novel, and authors need to make sure they get it right. But many new writers think they have to write ‘properly’ and they think this means eschewing contractions.

Generally, if you want to make your dialogue flow and for readers to believe in it, then you need to use contractions (there are exceptions to this, in particular types of fiction). Think about it. How many people do you know (however posh they are and however ‘properly’ they speak) who say things like this:

‘Please do not walk on the grass.’

The answer is no one. No one ever (except perhaps the queen and probably not even her) speaks like that. It sounds horrible.

There are three things you can do to improve your dialogue:

Listen – actually listen to people talking. This has the advantage of also often being very entertaining.
Read – when you’re reading, make a note of dialogue that really works, and why it works
Speak – read your dialogue out loud. Does it sound right?
Contrived, formal, awkward dialogue is, I’m afraid, the sign of a writer still learning their craft. Get it right, and your writing will be smooth and professional and your dialogue a pleasure to read. 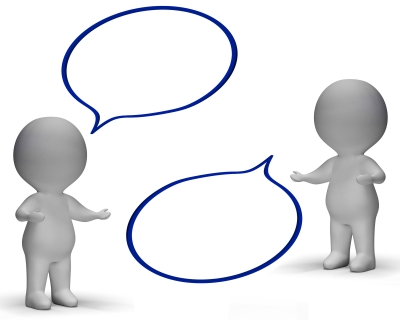 This is a subject I’ve written about several times in the past, but it is an issue I keep coming back to, time and time again.

I’m a huge fan of self-publishing and of independent authors. I’ve read some absolutely amazing books by indie authors and have worked with some amazing authors that have self-published. There are so many great indie authors out there and many that are as good as, if not better than, traditionally published authors.

However, one thing that sets apart the majority of (but by no means all) traditionally published authors from some self-published authors and authors published by small presses is the proliferation of complicated dialogue tags in the work of the latter two. Now, I’m not saying it’s all indie authors that do this, but there is a lot of it about, and it’s usually a sign of an author who hasn’t had their work professionally edited or critiqued.

Dialogue tags are those words used instead of ‘said’ and ‘asked’; words like ‘exclaimed’ and ‘sighed’ and ‘insisted’ and, horror of horrors, ‘interjected’. Many authors that I advise not to use these complicated tags will argue that using them is the sign of a good writer, that they’re showing off their writing skills.

Why? Well, lots of reasons. (If you are a client and you have read all this before then I do apologise.) Readers are so used to seeing ‘said’ and ‘asked’ that they skim over those words, noting quickly who is ‘saying’ or ‘asking’ and getting on with the important things. The flow of the writing isn’t interrupted, the reader reads on smoothly and happily. If a dialogue tag suddenly crops up, like ‘chuckled’ or ‘screamed’, the reader is forced to pause, to think about the tag. The flow is interrupted, and for no purpose. The reader is also suddenly reminded that they’re reading a book. They’re not actually in an eighteenth century English prison, or on a spaceship circling Mars, or on a beach in Sydney. They’re suddenly pulled out of that world and back into reality. “Look at me,” the dialogue tag says, “the author looked me up in a thesaurus because they wanted to sound interesting. Also, they didn’t have enough confidence in their own writing to know that the character’s words, actions, situation and emotions are sufficient to show that the character was shouting, or that you, the reader, were clever enough to work that out yourself.”

It’s also worth bearing in mind that most dialogue tags don’t really make sense. Take ‘chuckled’ for example. No one really chuckles a word. They might say a word and then chuckle, but you can’t do the two things at once.  Dialogue cannot be laughed, smiled, giggled, nodded or screamed. Dialogue tags only serve to draw people out of the story, to distract.

Remember, writing should appear effortless (although it is far from it) and a dialogue tag that stands out reveals the author, reveals that the world has been crafted. To paraphrase Stephen King – you have told your story well enough to believe that when you use ‘said’ or ‘asked’ your reader will know how it was said or asked.

So shut that thesaurus please, and have a little more faith in yourself, in your words and in your reader. 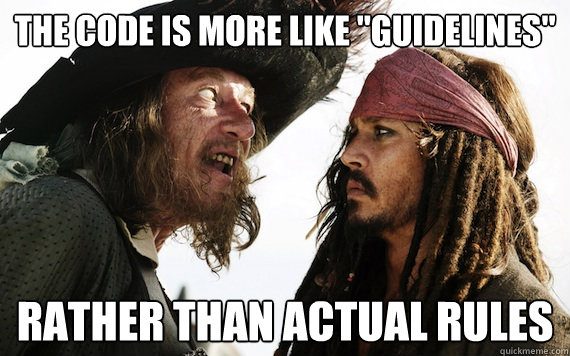 When editing manuscripts for clients, I honestly don’t sit there with a big list of rules next to me, making sure that the author has stuck religiously to a set of pre-ordained laws that are non-negotiable and that are designed to crush spontaneity or creativity.

Why am I making this assertion?

Well, because some writers seem to think that this is what I do. They rail against these so–called rules that are preventing their genius from shining through. Why do I have to stick to conventions, they ask? Why can’t I do what I want?

They fall into two groups.

One group aren’t up for discussion. Sorry, but grammar rules and the rules of punctuation are non-negotiable. You want your reader to be able to understand your book, don’t you? You are writing for a reader, aren’t you? In that case, you need to adhere to grammatical rules. These are not stylistic choices. And yes, there are certainly amazing writers out there who have written wonderful books that don’t follow these grammatical rules, writers like Hubert Selby Jr. But that is a whole different set of circumstances.

The other ‘rules’ don’t have to be obeyed. But they are there to help make your writing shine. For example, one thing I’m always saying to writers is that they need to avoid using complicated dialogue tags. You can pepper your manuscript with ‘interjected’ and ‘explained’ and ‘sighed’ if you really want. You can use every single alternative to ‘said’ and ‘asked’ if you want. But you’ll look like an amateur who doesn’t know what they’re doing, or people will think you’ve swallowed a thesaurus. That or you’re Joey from Friends.

I’m really not being mean here, honestly. When I studied text after text after text after text for my degree and my masters, we analysed what worked and what didn’t. These ‘rules’ work. They’ve worked for successful writers over the years and if that’s what you want to be then you need to use them. They are conventions because they work.

So back to my original point. Despite all this, I don’t have a great big list of rules (OK, I do have Elmore Leonard’s ten rules in my desk drawer as guidance if I need it, but that’s usually for my own writing). But if the writing is flowing, if it is working, if it is concise and the meaning is clear, the characters have depth, the dialogue is realistic, then these rules are being followed, whether consciously or otherwise. If something brings me up short, or something jars, or is boring, or long-winded or dull or the dialogue is unauthentic, or if something happens that reminds me I’m reading a book, then one of the ‘rules’ has usually been broken.

So here are Elmore Leonard’s ten rules of writing. He made them rules because they work.

Never open a book with weather.
Avoid prologues.
Never use a verb other than “said” to carry dialogue.
Never use an adverb to modify the verb “said”…he admonished gravely.
Keep your exclamation points under control. You are allowed no more than two or three per 100,000 words of prose.
Never use the words “suddenly” or “all hell broke loose.”
Use regional dialect, patois, sparingly.
Avoid detailed descriptions of characters.
Don’t go into great detail describing places and things.
Try to leave out the part that readers tend to skip.

My most important rule is one that sums up the 10.

For the A-Z challenge, I am posting writing and editing tips to help you improve and enhance your writing.

Y is for Your and You’re

It’s nearly the end of my first A-Z Challenge and I can’t quite believe I’ve managed to write twenty-four blog posts so far about writing and editing! So today I’m going to keep it short.

I’m sure you all know the difference, but just in case:

You’re: contraction of ‘you are’.

Your: second person possessive adjective. ‘Your’ is used to describe something belonging to you. It is always followed by a noun or a gerund (a noun made from a verb by adding -ing).

“Could I please have your number?”

On a side note, ‘yours’ is an absolute possessive, and so doesn’t need an apostrophe to show possession. This is also true for ours, theirs, mine, his and hers.

Now, I wonder if I can find a picture of Ryan to use for ‘Z’…