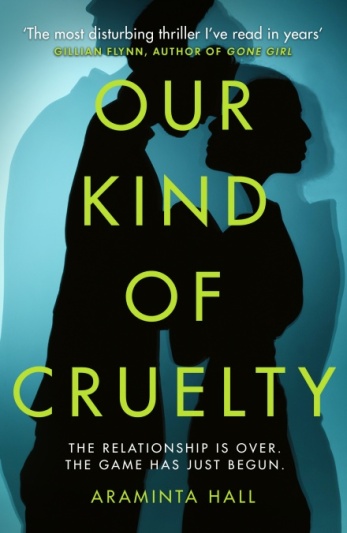 Mike and Verity have a special game. The Crave.

They play it to prove what they already know: that Verity loves Mike. That she needs Mike.

Even though she’s marrying another man.

Now Mike knows that the stakes of their private game are rising.

This time, someone has to die…
Mike adores Verity. She’s everything to him. His troubled background makes him crave security and love and he thinks Verity is the answer to everything. And he thinks she feels the same. At first she does, and she’s a willing participant in the excitement of their game. But when things change, Mike can’t accept it. And the story gets incredibly dark.

I’m really in two minds about this book. It is well-written, well-paced (not a twisty, turny roller coaster, but a good, slow burner), it’s gripping, and involving. It’s also an extremely thought-provoking and honest account of how women are treated, of how assumptions are made of them, how they better not like sex, or they will be judged. And I think that’s something very important.

That said, I did feel that Mike’s character was a little stereotypical. He’s badly affected by his childhood but there must be something else that makes him behave the way he does. It can’t be that simple. It’s a rather flat portrayal of mental health problems and it does get a little tiring, as someone with experience of mental health issues, to see such ‘easy’ motivations for unlikeable characters.

That said, the scenes that explore the treatment of Verity are excellent, timely, valid, important – the novel is well-worth reading for this alone.