So it’s Friday the 13th again and many of the more superstitious among us will have greeted the day with trepidation. But why is the day considered to be unlucky, and is there any truth behind the fears placed on this date? Here are thirteen things you might not have known.

1) Friday has long been thought of as an unlucky day (despite that often gleeful refrain ‘thank God it’s Friday).  In pagan Rome it was traditionally the day on which executions were carried out – and of course Jesus was crucified on Good Friday. There are lots of stories behind the evil of poor old number thirteen – more of which later. So putting the two together gives us this most unlucky date.

2) Some people are so superstitious and so terrified of the day that they actually have a phobia. If you are affected you can proudly tell people that you are suffering from Paraskevidekatriaphobics – that’s if you can pronounce it of course.

4) …and in Italy, you should be very afraid of Friday the 17th. In fact, when it was shown in Italy, the film Shriek if you know what I did last Friday the 13th was called Shriek – Do you have something to do on Friday the 17th (not a very catchy title, to be honest).

5) So why does thirteen have such a bad reputation? It seems this comes from an amalgamation of myths and legends. In the Christian faith, thirteen people sat down to the Last Supper, and one was a betrayer. This could have led to a belief in the number signifying bad luck.

6) Prior to this though, the ancient Vikings have their own version of the Last Supper. Twelve gods were apparently invited to a banquet at Valhalla. The evil god Loki was not invited but he turned up anyway, bringing the number of guests to thirteen. Loki then persuaded the god of winter, Hod, to attack Balder the Good, who was well-liked by the other gods. Hod threw a rod of mistletoe at Balder and killed him – hence the idea that thirteen guests is bad luck.

7) Witches also come into the picture (obviously). The Norse goddess of marriage derives from a deity worshipped on the sixth day of the week (Friday). This goddess was known as either Frigg or Freya, hence Friday. Friday was considered a lucky day, especially to get married– however, with the advent of Christianity, the goddess was recast as a witch and she and her day took on a darker and wholly unwarranted association (she even had a cat). One legend has Freya herself joining a gathering of twelve witches at their Sabbat – bringing the number to 13. Since then a proper coven traditionally should have 13 members.

10) Despite the fact that the connotations of the day are based on twisted tales, myths and superstition, a survey by the Daily Mirror found that three-quarters of people claimed to have experienced bad luck on this date…

11)… and 34% said that if they had the choice they would prefer to spend the day hiding under the duvet!

12) The makers of the hugely successful ‘Friday the Thirteenth’ film franchise probably have no superstitions about the day though. In fact I’m sure they adore it. According to ‘The Numbers’, the twelve movies have grossed more than $460,000,000 worldwide.

13) And if you make it through today unscathed – don’t get too complacent. If you’re still around in 2029, then hiding under the bed rather than the duvet might be the best place. Apparently that’s when the asteroid ‘99942 Apophis’ will come closer to the Earth than the orbits of communication satellites. When? On Friday the 13th, of course!

My review of ‘I Promise You This’ for #RBRT

Today’s team review is from Alison, she blogs at https://alisonwilliamswriting.wordpress.com/

Alison has been reading I Promise You This by Patricia Sands 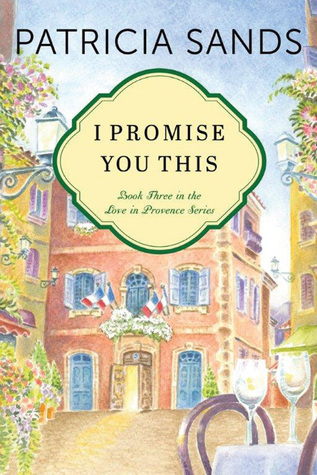 I read the first in this trilogy ‘The Promise of Provence’ last year and very much enjoyed it. Although I haven’t read the second book, the author does a good job of letting the reader know what has happened since the end of Book One, so it wasn’t too difficult to pick up the threads of the story.

Katherine is back in Toronto, taking care of her friend Molly who has suffered severe injuries in a car accident. Being back in her home city with her family and friends and her memories, and being away from Philippe makes Katherine begin to doubt her certainty that France is where she belongs. She loves Philippe, but she wonders if…