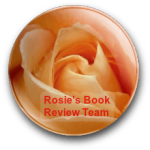 Saffron and her mother Rain have moved to North Wales to start again after a tragedy that has caused them heartbreak, guilt, and confusion. Joe is also running, trying to escape a past that haunts him while simultaneously bent on revenge.

The story is told from three different points of view – Saffron, Rain and Joe. In many novels, this can be confusing, but Laura Wilkinson is a skilful writer and the point of view changes are seamless, with each character having their own distinct voice. The different points of view give a fresh perspective on many of the issues facing the characters and the conflicts between them.

The author has a real ability to give a sense of time and place. Small town North Wales was authentically portrayed and the other characters – Saffy’s new friend Ceri and her father in particular- are a joy to read, honestly portrayed and entertaining. The oppression and depression of a Welsh winter, the drabness of a seaside town off-season are beautifully contrasted with descriptions of the beauty of the countryside in sunshine and snow.

This isn’t a fast-paced drama. The histories of the characters come out slowly, the reader discovering things along with Saffy, Rain and Joe. This works well for the most part, but was a little frustrating at times.

The characters are, for the most part, easy to sympathise with. Rain is lovely, kind and caring if a little OTT at times, but her love for her daughter is clear. Joe too, while mysterious, is genuine and honest, and you know that whatever has happened in the past, there must be a good reason for it! Saffy, however, left me feeling conflicted. She seems very selfish, and is quite horrible to her lovely mum. This would be more understandable if Saffy was a teenager, but she is in her twenties and is studying to be a doctor. The stroppy, selfish, tantrum-throwing side of her character doesn’t seem to fit and I wondered why it didn’t put Joe off.

I also feel that the back stories aren’t developed enough. I don’t want to give too much away but Joe’s issues are dealt with a little too neatly and conveniently for me. This aspect of the plot could have been given more depth and detail.

The writing is solid, however, and it’s a well-crafted and enjoyable read.