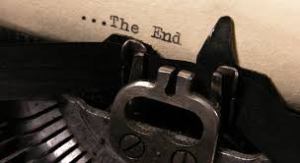 If you’ve been following my writing and editing tips from the beginning and have been working hard on your manuscript you may well be pretty much ready to publish – or are you?

How will you know when your manuscript is ready?

Many of the comments I get when writers send me their work to edit are along the lines of:

‘I’m sending it now because I can’t stop fiddling with it,’ and 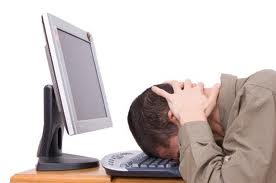 So is this the point when it’s time to stop fiddling and start publishing?

Well, that depends. If you’re thinking of self-publishing or if you’re submitting to agents then your manuscript really has to be the best that it can be. And often we are far too close to our own work to know when it’s ready. Now, this isn’t an advert or a sales pitch. I’m not saying ‘send it to me, send it to me!’ but at some point in the process you need someone else to read your work. You need to stop tinkering and you have to be brave and pass it to someone else. BEFORE you self-publish or email it to that agent.

Now it’s up to you who you choose to share it with. And that first person shouldn’t be an editor (told you it wasn’t a sales pitch!). Later on down the line you should hire an editor – after all, the best person to read your work impartially and honestly is someone who does it for a living, and whose ability and reliability directly impacts on their livelihood. But I know that writing is an expensive business and one that isn’t going to make you rich (it really, really isn’t – unless you’re the next Hilary Mantel or someone). So you should gather as much feedback as possible before you go to the expense of professional editing.There are plenty of people out there who can help you, and the wonderous world wide web has made it easy to find them.

Why do you need to look on the internet? You have friends, don’t you? Family members who’d love to help? I would definitely use strangers to read your work rather than friends or family. Friends and family are too nice, too proud of you and too impressed that you’ve actually managed to write a whole book to be ‘mean’ about it (unless you’re my son – who has no qualms about telling me exactly what I’ve done wrong, for which I’m extremely grateful). These people think they’re doing you a favour but they’re not. I know it’s difficult, but you don’t want to self-publish and then get criticised on Amazon or Goodreads, and have loads of bad reviews. If there are issues with the book, they need sorting out first, even if that means accepting that your masterpiece isn’t one. 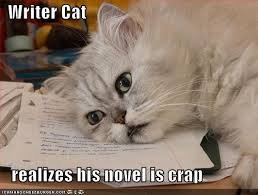 Goodreads is a really good option.There are lots of people there who will beta read for you, usually in exchange for you doing the same for them. The key to this process though is honesty – your reader needs to be honest with you about what she loves and hates about your work and in return you need to be honest too. No one’s interests are served if you pussy-foot around being nice. Believe me, people who might eventually buy your book won’t always pull punches, so you need to know if there are issues with your book now.

There are also lots of good critique groups online – just Google and see what you can find.

Authonomy, run by Harper Collins, can also be useful – but only if you put aside the fairly unrealistic target of getting to the editor’s desk. The site works on the basis that you post your work, people read it and offer feedback and if they like it they shelve it on their virtual ‘bookshelf. This, along with other secret calculations that Authonomy won’t reveal in order to prevent people playing the system, helps your book rise to the top and get to the editor’s desk. Someone from Harper Collins will read your work. Getting there takes an inordinate amount of time and effort and, in my opinion, isn’t worth it. But the site is great for building up a network of fellow writers and getting some helpful (and some not so helpful) feedback.

One word of caution though – some people on these sites are very cliquey and some are downright nasty. They seem to attract some fairly egotistical types who think they’re tortured geniuses. I had a very nasty experience on one site when I asked a simple question in a forum and was bombarded with spiteful critiques of my writing. I honestly don’t mind people criticising me but I do mind when that is done in a space reserved for general questions. So be warned and be careful. But on the whole, there are lots and lots of lovely, generous writers and readers out there who will give up their time to offer you advice – so it’s worth the risk.

So, be brave, entrust your manuscript to someone else, listen to their feedback, don’t take offence and use what they say. And when that process is over, and you’re used to receiving honest criticism, then do consider hiring a professional editor. Good luck!