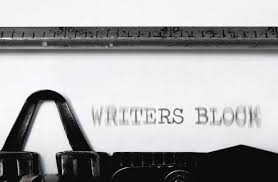 Writer’s block – we’ve all heard of it, and lots of us have experienced it, whether it’s just that horrible half an hour of looking at a blank piece of paper or empty screen while our brains refuse to perform, or the more serious, crippling months or even years of inability to create that has afflicted some of the greatest writers. I know there have been times when I have tackled a huge pile of ironing, or walked the dog in the rain rather than face writing another chapter, or starting an article (or even a blog post), and the longer I’ve left it, the worse it has got.

Writer’s block can be caused by many things. For me personally, it often stems from a fear that my writing isn’t good enough, and that no one will want to read it anyway. Or I might be feeling guilty about devoting a day to working on my next novel rather than writing something I’m actually getting paid to produce. Then there are all the other little niggling responsibilities like the housework, the garden, shopping, the children (they should probably appear higher on the list!). But, as my husband keeps telling me, writing is important because it’s important to me. So next time I’m faced with a blank page, rather than go for the usual avoidance tactics of cleaning the skirting boards or reading random articles online in the name of research, I’m going to try one of these:

Write anything. Set a stopwatch for five minutes and make yourself write until the buzzer goes. It doesn’t matter what it is; just the physical action of writing something down can be enough to get your writing going again

Let yourself be terrible. Sometimes we can’t write because we feel our writing isn’t good enough. But when you are at the beginning of the writing process that doesn’t matter. Your first draft doesn’t have to be a prize-winner. Just write, whether or not it’s rubbish (chances are, some of it won’t be). You’ll be going back and re-drafting and editing over and over again. It doesn’t matter if what you write now actually is awful- it’s the finished manuscript that matters. As Margaret Attwood once said; ‘If I waited for perfection, I would never write a word.’ 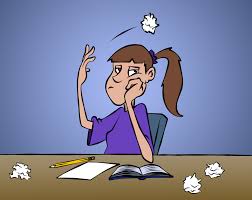 Move on If you’re stuck in a scene or you can’t quite resolve something, move on to another scene. It doesn’t matter if you aren’t witting chronologically. You can write the ending first if you want to, or the middle, or a scene two thirds through. It doesn’t matter – no one’s watching! You can come back and fill in the gaps later. And writing a different scene might help ‘unblock’ whatever problem it was that you had previously.

Exercise your brain. There are literally hundreds of writing exercises and prompts available online. Use one to kick start your writing. Try Mslexia for lots of helpful writing advice and exercises. And there are plenty of prompts on the Writer’s Digest site.

Exercise your body. Walk the dog or go for a run. Sometimes being away from the house doing something physical can be enough to unblock your brain. Leave your phone and your iPod behind and look and listen to what’s around you.

Plan your time. If you can, make sure you are writing when you are most creative and productive, whether it’s last thing at night or first thing in the morning. Try and keep an hour clear at those times to devote to your writing, even it if means getting up earlier or going to bed a bit later.

Set a target. Even if it’s only a couple of hundred words a day, or thirty minutes a day, make sure you write. Don’t worry how good or bad it is – just write for those minutes or write those many words. As Kingsley Amis once famously said: ‘The art of writing is the art of applying the seat of one’s pants to the seat of one’s chair’

Give yourself a break. It may be that you are trying to do too much, that you are tired and stressed. It’s hard to be creative at times like these. Don’t be too hard on yourself. Take a week away from writing to catch up on all those other little nagging tasks that spring into your mind when you are trying to write. Guilt about spending time writing can cripple creativity, and its all very well telling yourself that writing is important too – we all have other things in our lives that can’t just be ignored. Get these done, and then you can sit down to write without worrying. And the time away may be enough to cure your writer’s block. 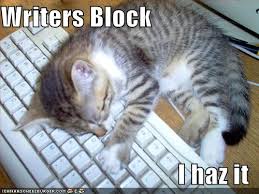 I’d love to hear your strategies for beating writer’s block.

I am a UK-based writer, editor and independent novelist. I love reading and I love to write. These are the two great passions of my life. Find out more about my editing services here. I am currently offering discounts to new clients – do get in touch to discuss how I can help you to make your book the best it can be. You can contact me here.

Find out about my historical novels ‘Blackwater’ and ‘The Black Hours’ here.