For my first Author Focus I’m delighted to introduce UK based YA/Romance/Paranormal/Fantasy author Mia Hoddell and the Elemental Killers series. Deadly to Promise, the follow up to Deadly to Love has just been released. And, for one week only, both Deadly to Love and Deadly to Promise are 99c / 77p! Find them here: Amazon | Amazon.co.uk

I’ll let Mia tell you more about her writing before treating you to an excerpt from Deadly to Promise. 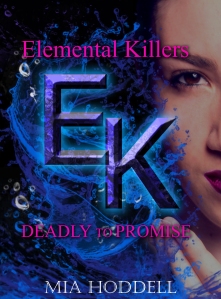 I’ve been writing for as long as I can remember and still have poems from when I was 4 -years -old. My writing just progressed and grew with me. I had three poems published in separate anthologies between the ages of 12 and 16 and then I moved on to short stories in my high school English classes (it was the only homework I enjoyed). I started writing my first novel at the age of fourteen and since then I’ve just continued writing as it’s something I love and am passionate about. I love being able to create new worlds, creatures and stories and have always had an overactive imagination. Writing just came naturally to me and I found myself falling in love with it.

I’ve always been taught to follow something you love and it’ll bring happiness – so far that advice hasn’t been wrong!

How do you come up with your titles?

Titles are something I always struggle with as they are one of the most important aspects. It’s one of the first things a reader will see and for me, it has to feel right. I had pages and pages of ideas before I came up with Deadly to Love. I settled on this title though because the book is a YA romance and one of its themes is how far people are willing to go for the people they love, and the danger they can find themselves in because of it. After that, the next three book titles all fell into place by working around that theme, such as Deadly to Promise (book 2). The series title, Elemental Killers, came from the paranormal aspect in my book.

Who is your favourite/least favourite character?

I love all my characters as they each brought a new personality with them. I liked being able to change from Jack’s carefree manner to Kai’s protective and explosive temper as it gave a variation. The person I had most fun creating though is Tyler (Deadly to Promise). He also happens to be the character who caused me most trouble though as he wouldn’t stick to my plan. Every time he would come up in the novel he would change the story and make me rewrite my plan, it was like he had a mind of his own which was great as I could never predict what would happen.

What do you find the hardest part of writing?

For me, writing the book is the easiest thing in the world. I have so many ideas in my head that I’m just dying to get down. The hardest part I find is editing and then the promotion. I really have to push myself to do that (especially the editing) as I just find it so repetitive. I can re-draft a book twice but after that I have to outsource. Promotions aren’t as bad, it’s just coming up with ideas.

I have nine books planned and ready to write at the moment but there are three main ones I am working on. I’m editing the third instalment in the Elemental Killers series. I finished the first draft last month so I’m trying to get through it as quickly as possible.

The second project I’m working on is writing the fourth and final book in the Elemental Killers series. However, I have been putting it off as I’m not ready to say goodbye to Kai and Serena just yet.

My third project (the one I’m spending most time writing) is a new stand-alone novel. It’s going to be different from anything I’ve written before as I’ve decided to limit the romance and focus on action. I haven’t revealed much about it yet but it has an urban setting, a paranormal twist and plenty of action. It also has a very strong female lead who is turning out to be a lot of fun to create. She has a temper and it’s fun to work with. J

Surround yourself with the people who listen to you, are genuinely interested, always there and aren’t scared off by your crazy ramblings. They are the ones who will be there through the good and the bad times of publishing. Forget everyone else who is negative towards your career – you don’t need them as writing a book is hard enough without people telling you you’re going to fail.

Who is your favorite author and what is it that you love about their work?

I love books by Julia Golding (aka Joss Stirling for older readers). I refused to read until I was fourteen and her book, The Diamond of Drury Lane, was the first book I actually wanted to purchase and read the whole way through. It was her writing that got me hooked on reading and I haven’t stopped since.

I think I fell in love with her books because most of them have a strong, sometime witty heroine and the plots take place in creative worlds. There is usually plenty of action as well. Dragonfly is my favourite book by her and something I’d recommend giving a go.

The desert island question – if you could only ever read/own five books, what would you choose? Why?

I hate this question! I read over 200 books a year so it impossible for me to narrow them down to just five. Although there are my favourites that I re-read, I would always like to try something new.

Tell us something unusual about yourself.

I have an overactive imagination. I can’t watch or read any forms of horror (even the very mild or stupid) because I won’t sleep for weeks. I end up lying in bed and staring at my door believing something’s going to come through it. Living in an old house with creaky floorboards doesn’t help either, every noise makes me jump!

A broken promise is all it takes.

Becoming an E.K isn’t a choice for Serena – it’s a necessity to survive. To destroy the Elementals she has to leave her old life behind. She has to train and follow a strict regime. But with time against her, she has only a few weeks to master the skills Kai spent his whole life perfecting.

The knowledge passed down from her ancestors is crucial to the Elementals demise and the success of their mission. However, the path they must follow is lined with riddles, each more confusing than the next. It doesn’t matter how close to succeeding they get, it’s never enough. The Elementals are one step ahead at every revelation and that can only mean one thing – the E.Ks have a traitor among them.

“Have you ever been swimming here?” I asked moving my head to watch his reaction as I brought my feet up out of the water and folded them beside me.

“Yeah, most summers when I came here. We all used to use it as a way to cool off or just have some fun in between training.”

“How about skinny dipping?” I asked my grin growing due to the thoughts running through my head.

“Why? You want to try it?” he challenged.

“Only if you go first,” I laughed but stopped instantly when he removed his shirt and tossed it behind us. My eyes widened in surprise and I started to regret my words. “You’re not being serious are you?” I stuttered as he pulled off his shoes, throwing them over to where his shirt was crumpled.

“You can’t chicken out now Rea. It was your idea,” he said smiling as he removed each sock, teasing me as they ended up with the rest of his discarded garments.

I just stared at him, my lips moving but not making a sound as I tried to find an excuse.

He laughed at me. “Relax Rea, I’m just teasing you. Well unless you’ve changed your mind. In that case I’m being deadly serious.” He had a cheeky grin on his face as he spoke and I pushed him hard, toppling him into the water below.

There was a lot of splashing but Kai surfaced finally, taking a deep breath as he flicked the hair out of his eyes. I was clutching my stomach in fits of laughter as I bent over. The shock on his face was priceless.

“Oh you are so dead Rea, so, so dead,” he said, his voice ragged as the cold water and shock affected his half naked body. I just continued to laugh as he floated in front of me, his head bobbing up and down in a comical way.

If that’s whet your appetite then find out more about Mia and her books: 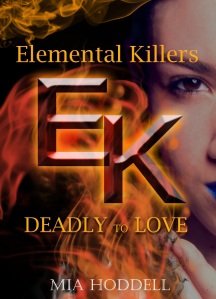